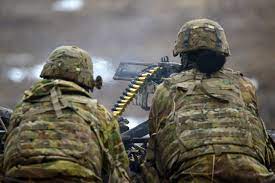 “We’ve smoked the hole. Over.” said smith on his radio with his two remaining unit men, lying under the cover of a half destroyed Ford SUV.

Hansari tried everything from firing his AK-47 to hand grenades but it wasn’t enough.
He pulled his wallet from his right back pocket and took out a picture and stared at it. He could almost hear his daughter Mariam and wife Hasina talk and laugh.

Suddenly, a blinding torch shined through the thick smoke on to his face and a clean shot on his forehead. Hansari’s eyes remained as they were. “See you.”