JOURNEY OF LIFE AND LOVE 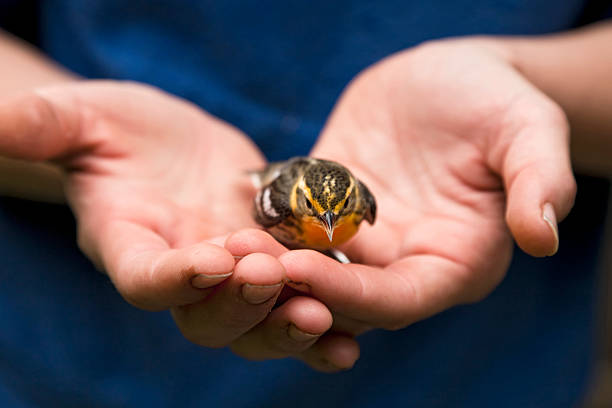 This sounds odd to Rohit. He becomes uncomfortable the moment she said, “I Love You.” Rohit responded, “I am Sorry Sonia, I respect your feelings, but it’s too late.” After saying this to Sonia, Rohit felt very good and lighter. He felt as if some pressures were on his head, and it’s now lifted. But such a response from Rohit surprised Sonia. She found it a little weird, as she thought Rohit still have feelings for her. Sonia’s feelings and her expression can be clearly seen on her face. Seeing her expression, Rohit felt awkward, so he planned to leave, so he confirmed Sonia, that “I think I should leave now, as it’s already 11:45 pm. Thank you, Sonia. We will meet tomorrow morning again, but this time I will come along with my family.” This time neither Sonia responded nor Rohit waited for her response.

Sonia wondered why Rohit was acting weird today, as he had liked her since her school days. He is the one who always made her feel special, but then she is not sure why he acted this way when she proposed to her? She then concluded that might be all her bruises and burn marks are the reason why Rohit pushed back. On the other hand, Rohit felt like someone just stabbed him deeply in his heart, and it has been paining unbearably. Rohit reached home around 12:20 am. He then went to bed, but he was not getting sleep and keep on shifting sides on the bed. He was getting impatient as Sonia’s words revolved around his ears and kept poking his brain. He felt like he lost his peace today, the moment Sonia proposed to him. Within few minutes, he went into a flashback.

It was 1994, Rohit was in class. He was in grade 6 and has always been a backbencher. However, he is a good student but has been a notorious one to all the teachers. All the students were busy discussing with each other when the Principal enters along with a beautiful girl. The moment Rohit saw the girl, he lost his senses and found himself drowning in the deepest ocean of her beauty. The Principal introduces her, and it was Sonia when she entered the school and in Rohit’s life for the first time. The Principal asked the entire class to be her friend. The whole class welcomed her. In few days, she becomes very friendly with everyone, except Rohit, as he always teases her, and she even equally responded back to his tease.

Things continue to happen in a teasing mode, and time passes by. It was Summar of 1998, Rohit and Sonia are in 10th standard they finished their exam and results are excellent. So the school had organized a party, and they are attending their final function in the school. Their teasing relationship continues. The first time Rohit sees Sonia in a saree, as it was the dress code given by the Principal that all the boys should come in Kurta, Pajama and girls should wear Saree. Rohit lost himself in Sonia, and he has been roaming around Sonia but only to tease him.

Rohit: Oh ho, the first time I see a bull wearing a saree! Careful; it might open anytime. Hold it tightly.

Saying this, he laughed loudly. But Sonia doesn’t leave anyone as is. She also responded equally.

Sonia: Ohh, Hoo, thanks for your concern! The monkeys can also look adorable in traditional wear, but I think you should wear leaves instead of Kurta, Pajama. Believe me; you can carry leaves in a better way than Kurta Pajama.

Saying this, she laughed, and the entire girls also laughed. Rohit did not mind at all, as he was happy that she is paying attention to him. But after few hours, Rohit saw Sonia was walking towards him. He became very nervous about why she is walking towards him, as they never had any direct interactions; they only tease each other indirectly.

Rohit (nervous but responded in a firm & sarcastic tone): Meaning

Sonia: I don’t know how to explain the meaning of Hi!

Rohit: Leave it, it’s out of your Syllabus, any way you came here to tell me Hi?

Sonia: Not really! I came here for something else.

Rohit (Extreme politely and gently): What is it tell me?

Sonia: We have been teasing and fighting with each other, but can we end this now and become friends? As we are leaving the school and not sure when are we going to meet again.

Rohit was thinking, “Oh! Sweetheart, I am not going to leave you alone in this world, and who is fighting? I am only pulling your attention in the whole crowd.”

Rohit: Okay! I am fine, but how do we do this?
Sonia: What? Dude, Stop trying these tricks with me. I know what is running in your mind.

The expression Sonia shows made Rohit crazy; he controlled himself and responded.

Rohit: Now! Do you decide what are you going to do? You said, let us end this and then again reprimanding me. I am fine both ways. And by the way, I have better taste.

Sonia: Hain? Okay, whatever, it is my bad; at least we can be neutral.

Rohit; Yeah, that is a better option

Rohit: What’s so surprising? Should I not?

Sonia: Why are you talking this way? Can’t you talk normally?

Rohit: Oh, so sorry, madam! But I am talking normally.

She again made her face and left. After a few months, Rohit saw Sonia with a guy. He then realized that he is their senior. When he inquired about the guy, he realized that he proposed to Sonia and threatens her that he will suicide if she says no. Sonia had no other option other than to say yes. When Rohit identified the whole story, he realized that he should have talked to her and maintained the friendship Sonia offered him sometimes back. He realized his mistake and wanted to correct the same. He found out Sonia’s address so that he can talk to her and try to find a solution. Because the guy doesn’t allow Sonia to talk to anyone in the school and monitor her through the day. So, Rohit decided that nighttime is the most suitable time when he can talk to Sonia.

One Day Rohit was waiting for Sonia near her house. The time was 7:30 pm when Sonia returns from her tuition classes. Sonia saw Rohit.

Sonia: Oh ho! How come you are here? Waiting for someone?

Rohit: Yeah, I was waiting for you.

Rohit: it’s a long story, but I got to know the truth, so I wanted to talk to you.

Sonia: Yeah, tell me! And what truth are you talking about?

Rohit: Truth about you and Mahesh, the guy with whom you are roaming around.

Sonia: Yeah! What happened to Mahesh?

Rohit: I know that he threatened you to say yes to his proposal.

Sonia: But all that has happened, and we both gone too far and already very late, and I can’t come out of it.

Sonia: Meaning? I know that you like me from day one. It clearly shows in your eyes, so I came to talk to you about the annual function, but you were still acting smart. Now it is very late. Moreover, the guy is very powerful, and he has helped my entire family and me, and Now I cannot ditch him. He has been eyeing you and reprimanded me that it will not be good for both of us if I talk to you or meet you. He knows that you like me. I don’t want him to do any harm to you or your family because I still consider you as my friend.

Since that day, Rohit never spoke to Sonia again. He finished school and went to Germany to study architecture. Post that, he was working in a company in Delhi. He went for a client meeting to another office, where he met Sonia again. But now it’s the same Sonia, She looks as beautiful as before, but she has bruises and burns marks, enhancing her beauty more than before. When Sonia met Rohit, she feels awkward, and so as Rohit. Rohit thought she would have been married by now, but the reality was more terrible. After Rohit left for Germany, Sonia completed her graduation and married the same guy, Mahesh, secretly without even informing her parents. So, Mahesh took advantage of the same and exploited Sonia sexually, mentally and physically; not only that, he started using Sonia to please Sr. Authority to get the contracts. This rattles Sonia, and when she opposes this, Mahesh used to bash her. Finally, When Sonia gathered the courage to inform her family and lodge a police complaint, Mahesh then attacked her and put acid on her face. This acid attack totally rattled her to the core and broke her completely. It took almost ten years to recover, with a damaged eye, ear and multiple bruises and burn marks all over her face and body.

Hearing this Rohit, started feeling guilty as he could stand by her; he could have shown more courage that time, but that’s the time being a teenager, either you get scared thinking about your family or become bold by risking your whole family. So Rohit decided to stay away from all this; even Sonia also requested him to do so. So he was helpless. In all these years, Rohit got married and has two grown-ups children. This was why he stayed away and behaved weirdly and pushed back when Sonia proposed to him. Rohit still finds her beautiful and can easily marry her, but it was the same fear that hunts him down, which took him away from Sonia during her teenage days.

The next day Rohit came along with his wife and grown-up kids. He introduces Sonia to her family. His wife treated Sonia with the utmost respect, and his children also made her feel special. Rohit’s younger son was flirtatious like him; he started flirting with Sonia, which remind her about the school days. Rohit also shared the story in detail with his wife and children and finally told them that he loves Sonia and wanted to stand by her. This time Rohit did it without fear or without thinking about the consequences. Rohit’s wife respects Rohit’s feelings and felt proud that her husband respects women.

It was weird for society, but Rohit’s wife had more courage than Rohit. After knowing the story from Rohit, she not only accepted Sonia, but she invited Sonia to come and stay with them as a family. Seeing this, Rohit thanked his wife for showing great understandings. Now Rohit, his wife, his children, and Rohit’s girlfriend Sonia stay together. Not only Rohit, but Rohit’s entire family also poured their unconditional love on Sonia and Rohit’s wife introduces Sonia as her sister in all public and family gatherings.