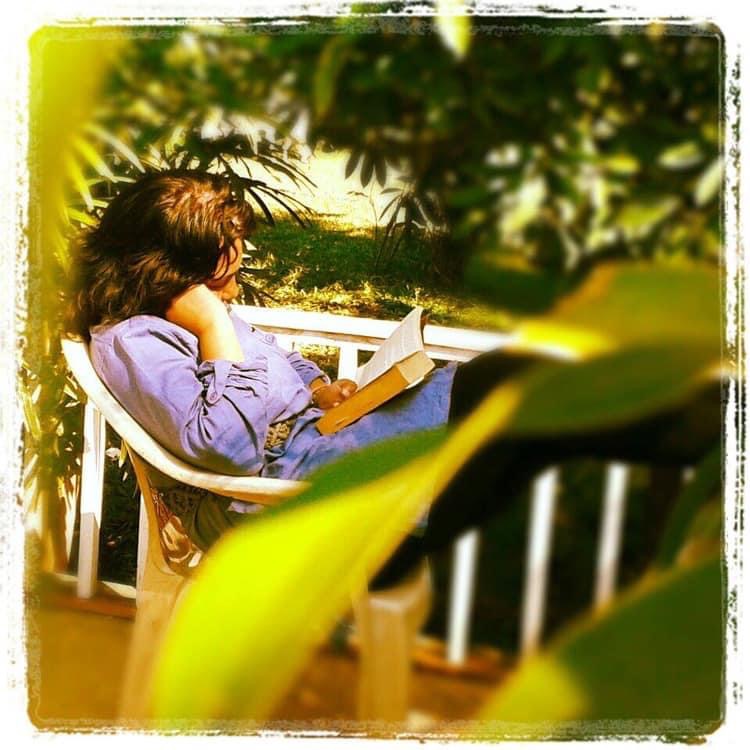 At her death bed, Odika, aged 105, had all her loved ones around her. Qiara looked at the picture of Jihan and Odika on the bedside table and had questions in her eyes, which her mother noticed.

After Odika’s funeral, Qiara asked her mother – Suhani, about the man in the picture frame. Suhani paused for a second and then, handing over a diary to Qiara, told her softly – she wanted you to have it. Qiara took the diary in her hands and began to open it when her mother told her: it’s time to sleep. Could you read it in the morning?

Sleep eluded Qiara and her cousins.
They were curious to know about this man they had never met
They tried not making a sound and pretended to be asleep.

Hours later, Qiara reached out for the diary under her pillow and switched on her mobile torch. Then, she began to read the diary under the covers of her blanket.
“Jihan and I were chaddi buddies. Although poles apart from each other, we somehow were inseparable. People say that those who have similar viewpoints bond and gel together. Jihan and I gelled in our differing views about society and the world. Despite our differences in opinion and dissimilarities in taste, we got along. I guess that’s what respect is, and if that’s what it is – then yes, we respected each other – for our thought process and the way we had on our individuality.
He was lean; I was plump.
He was tall; I was short.
He hated roses; I loved them.
Jihan loved Chinese food. I loved Indian home-cooked food.
He quenched his thirst with water. I would opt for canned beverages.
Jihan loved thrillers. I loved anything to do with romance.
We were as different as chalk was from cheese. Jihan could have got anyone, yet he chose me. Every day, after school and later college, he would walk me home first and then go to his. People thought we would end up together. Both of us knew somewhere it would be true. Life, though, is strange.
Both of us were not perfect. Both of us had qualities that neither liked in each other. We would fight only to make up later. We would get angry with each other, yet we always found a way back to each other. We would tear each other apart only to build each other up later.
The only hitch was we couldn’t get married even if we wanted to. We were of a different caste, sect, and community, which made our story difficult. He couldn’t take a stand. Frustration, anger, sadness got the better of us. We both were unhappy, and we both parted ways mutually.
Years later, we met again at a college reunion. Jihan had changed. I could no longer recognize him. He now had a raging temper, seeing which, I feared the same. I was a nervous wreck by now.
Our paths crossed one day late at night, and I felt safe with him, a thought that didn’t exist at the reunion. We both were honest with each other. He felt guilty of not being a man enough to take a stand. He felt inadequate, and his self-esteem had taken a beating. I was hurting too. My self-worth was nowhere in sight. But that day, as we spoke to each other, confiding in each other, talking about our fears and sorrows, we reminded each other of our strengths and what started as a meltdown soon turned into laughter.
We realized we were still in love with each other, but our families wouldn’t still accept. We wanted the blessing of the families, and so we decided to part ways again.
That night, while he was dropping me home, we met with an accident. I was unscathed, and he passed away on the spot.
Since that day, I was considered unlucky. His family never forgave me. I wouldn’t blame them, either. I couldn’t get myself to love anyone, and so I adopted kids.
I moved cities and started life afresh, but I could never get him out of my mind. He resides in all the corners of my heart.
I have come to realize that the world will always have an opinion. To some, I was unlucky.
To others, he wasn’t brave enough to take a stand.
To a few, I was the wrong one.
To the remaining, he came across as brash, rude, short-tempered.
The point being – there is good and evil in all. I remember Jihan for his goodness, and I want you to do the same.
I am writing about him because the world thought of him to be something else only, but to me, he was a hero, and will always be one. To me, he will always be your great-grandfather.”

Qiara finished reading and looked at the dried-up rose in the diary. Then, she thought to herself: someday, I hope I can get somebody like Jihan, my great-grandfather.