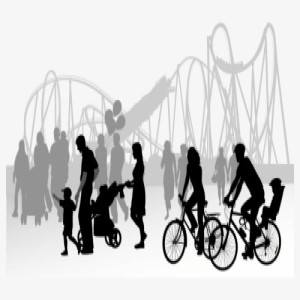 Parenting… Its literary meaning is the process of supporting and promoting the development of a child, from infancy to adulthood, by the parents.

Simply put, “It means the ways and methods, rather the actions or decisions any parent takes to rear up their child from the stage of an infant to his or her adulthood”.

It seems to be a serious topic for discussion, but frankly speaking, parenting is an adventurous trip. It’s a joy ride just like a roller coaster with lots of ups and downs, and lots of hilarious as well as innumerable emotions.

Being a parent, we need to face many situations and challenges and opt for the best- suited way as per our thought process.
We all try to get the best for our kids.

So, let’s move ahead and take a ride on this beautiful journey, together with being wellaware and active parents.

Many of you will find its resemblance to your life…Some of you may suggest a better way to tackle the present situation, while some of you may agree with it completely.

But, the important thing is that we all are sailing in the same boat… Doing our best to make our child a good human being.

We all wish to groom them into a perfect person full of love, care, discipline, empathy, emotions, respect, courage, and many more traits.

Let’s peep into the life of a family, having two lovely sisters, Siya and Riya. Both of them are so lively and would take us to the roller coaster ride.

Riya was 10 yrs old. She was a bright child and an enthusiastic learner. She was not so happy as at the new place she had no friends. She used to remember and missed her old friends from the previous city.

Riya got admitted to a new school. She was trying her best to get used to the new place, new school, and new friends. Her classmates were very happy to see the girl with sparkling eyes and long hair to their class. Many of them became her friends.
All the teachers were also very supportive.
It was the birthday week of their little angel Riya. Her parents were keen to make her happy… Not that they don’t keep her happy
on other days, still it was her special day…

They wanted to shower her with all pleasures, to make her feel very special. They decided to gift her books of some famous kids writer, as Riya loved to read books. They searched every nook and corner of the place, every small and big shop, but their all efforts went futile.

Then ultimately, without wasting time, as the gift should reach on time they decided to order online. By God’S grace, the very set of books reached just in time to their satisfaction.

On her birthday, Riya decided to organize a party for her classmates. As it was a working day, the party was planned in the evening.

On her birthday morning, she reached school a bit early. To her surprise, all her friends welcomed her with their good wishes and hugged her at the school gate itself. They were standing waiting for her.

They too were excited about the party in the evening. Her class teacher had created a beautiful greeting card for her. The card was full of love and good wishes. She felt like a princess the whole day and was very happy.

In the evening, at her birthday party, it was time to have fun and delicious snacks and a yummy caramel-butterscotch cake which was her favorite.

Everything was perfect, as per her parent’s desire. Suddenly, the rain started as if God was also happy to shower His blessings. But, a few of her friends had still not reached, which made Riya sad… Her parents were quite upset.

The best part was that all her friends arrived despite the rain, as their parents too didn’t want to make their children sad, by not being able to join Riya’s birthday party, as she was their best friend.

The party was bubbling with cheerful smiles. All enjoyed, danced, and sang a specially prepared song, yup, the song was prepared by Riya’s new classmates themselves to surprise her.

See, this is Parenting…When Parents take every step and move every stone to bring a smile on their child’s face.