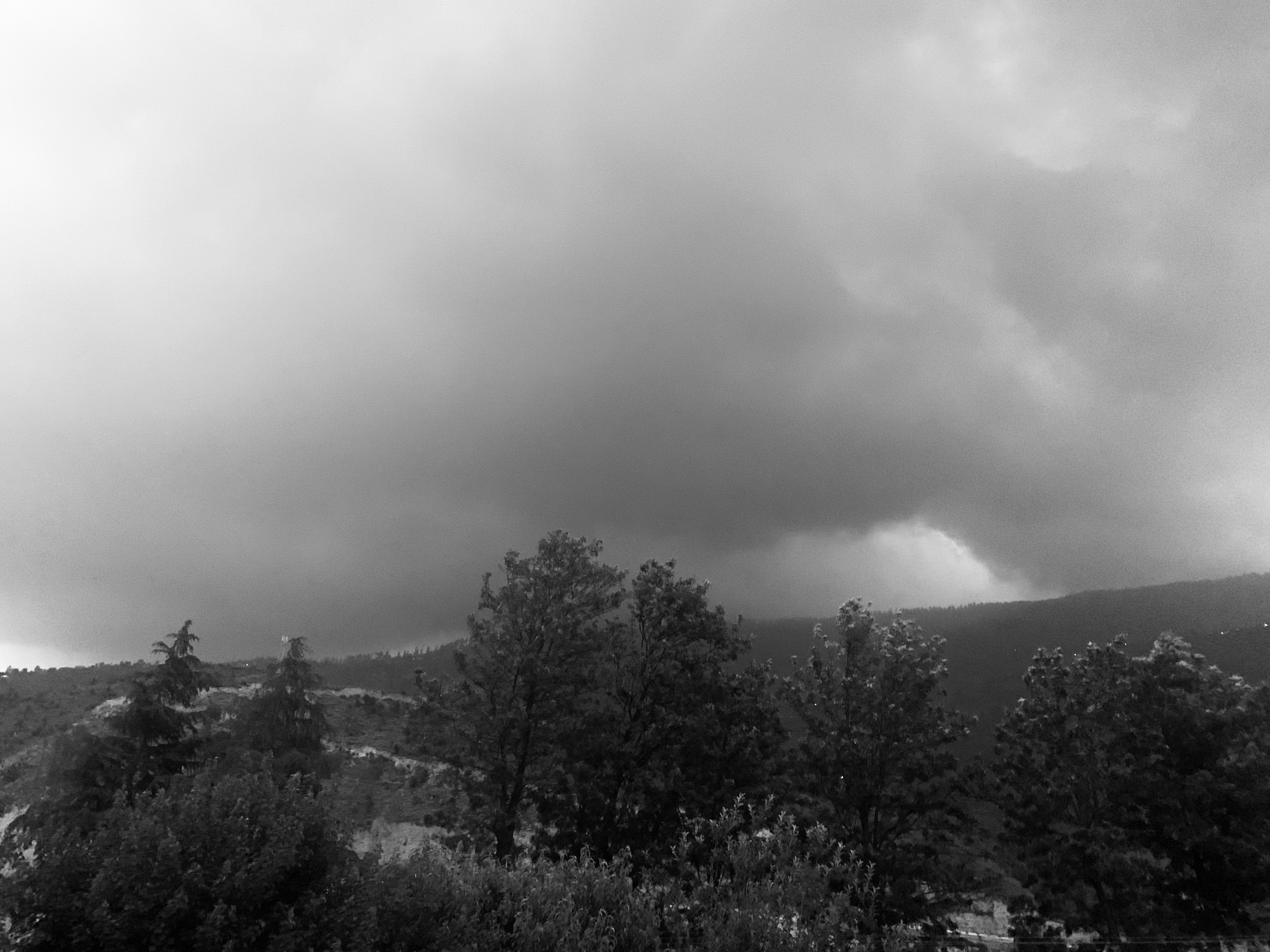 Sweltering Heat. It was a furnace outside. Babita preferred being indoors in the comfort of her airconditioned room.

In the evening, when it was cooler, she stepped outside. Looking up, she saw the dark clouds hovering overhead. The winds had changed their direction. Was it a sign of something in store? Babita kept these thoughts to herself and kept on walking. It began to be windy, and the sky started to rumble. It seemed as if something was getting crushed and ripped into pieces.

Thunderstorm. There was something in that sound that always scared her. Babita couldn’t figure out what it was. “I hope it’s nothing to worry about”, she told herself as she made her way home, almost running to safety.

This uncanny feeling that she got always unnerved her. Her sixth sense told her something is majorly wrong. Was it to do with the people she loved? This was no ordinary change in weather. Kuch unhoni ka sanket? No, no, can’t be. Think positive. Babita told herself. Soon it started to rain.

The rain had a calming effect on her. She called up her loved ones and learnt they were safe. At night, She slept peacefully, but the morning had a different story to tell.

Babita woke up to a devasting piece of news that had occurred in some other country. It had everything to do with love, friendships, peace and humanity, which troubled her a lot. She now had questions – Will there ever be co-existence and harmony between people of different religion, caste or creed? How can I make a difference? The questions, for which she had no answer and sought the same.