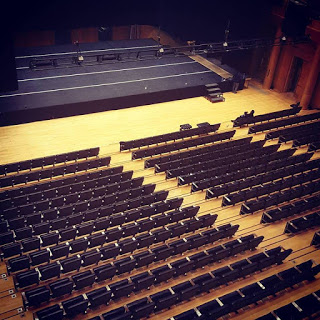 They loved the stage. The theatre, they believed, was their temple, their place of worship. Hence, it was natural that they would protect, take care and love it with all their might – as if it were their own. Every chance they got to be on stage was their moment to bring to life – a form of art long forgotten. They felt that no one knew this feeling, and no one needed to know. They loved performing, even if it were empty seats.

After many years, they found themselves on stage again, staring in front of empty seats again. They were going through a range of emotions – anger, frustration, hopelessness. Was it that they were not good enough? They had now begun doubting their craft.

There is nothing wrong with your craft, and it’s a joy to see you all perform, a familiar voice called out. It was the caretaker of the auditorium. The caretaker continued talking; his eyes fixed on the performers who were now grown up.

The caretaker reminded the performers of something that day. That, they needed to keep the hope alive within and have patience if they wanted to restore the town’s glory and bring it back to life by restoring a form of art long forgotten. He also reiterated that the moments in the empty stage/stands when they felt alive were their foundation stone.
The performers now understood that it was all about a journey, a journey into seeking the unknown.