The Voice of Fear 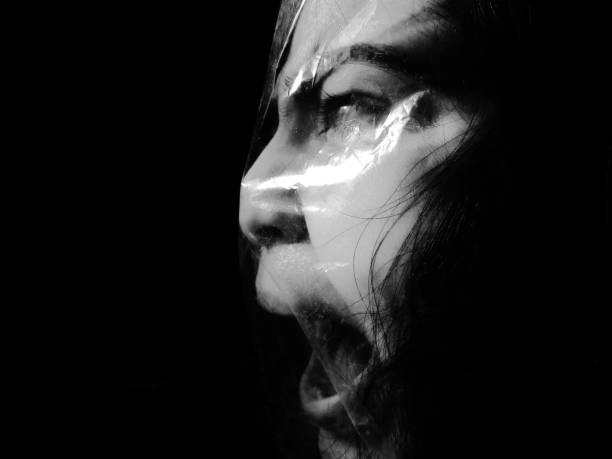 Aanchal Mishra, a 20-year-old girl, is studying at Jargon Engineering college. She is a happy-go-lucky girl; she always lives her life in her own conditions. She is a great scholar and got admission to a premium institute based on her merit. She excelled in the initial one year of her Chemical Engineering course. But, after 24th July 2018, her college annual day will change her whole life.

Ankur Saxena joined the same college a few months before directly into 3yr s lateral entry. Ankur is senior to Aanchal. 29th Aug 2018, it’s the annual day celebration of Imperial college, and Ankur is enjoying it with his friends. They are, as usual, commenting, hooting and hounding at those who come to perform on stage. After few performances, Aanchal comes on stage for her performance. That’s when Ankur sees Aanchal for the first time. Aanchal sings a song that made the entire crowd emotional as she sang it really well. Her mannerism, voice, behaviour and attitude mesmerized Ankur completely, and he is flattened on Aanchal. After her performance, Ankur tried to find Aanchal, but he could not find her as the college was overcrowded.

Aanchal belongs to Faridabad, and her father’s name is Shishupal Mishra. The name of Shishupal is enough to run down the fear in anyone. Ankur personally witnessed the monster, and the devil, so the moment he read the name Shishupal his entire body started shivering.

Many years before, Ankur’s uncle was in love with a girl, Shruti Mishra. Ankur’s family used to stay in Faridabad. Ankur’s father, Ujjwal Saxena, had a Kirana shop and Ankur’s Uncle, “Prajwal Saxena,” was a PT teacher in a school. Things are going fine for Saxena Family. one day, a new Hindi teacher joined the same school where Prajwal used to teach PT. Her name is Shruti Mishra. The moment Prajwal sees Shruti, he falls in love with her. It was love at first sight for Prajwal. Shruti is a very disciplined and dedicated person. At the same time, she knows that her family is very conservative, especially his elder brother, Shishupal. He does not like anyone from his family, be it a male or female, talking to the opposite sex.

So, Shruti used to maintain discipline so that she won’t talk to anyone outside. But destiny stored a different plan for them. Prajwal is completely mesmerized by Shruti; when he sees her, he feels like he is being hypnotized. So, it was difficult for Prajwal to sit in the teacher’s room as his desk and Shruti’s desk arranged side by side. Even though he gathered all the courage to sit in the teacher’s room, but can’t able to resist himself to look at Shruti. Shruti noticed it, but she preferred to ignore the same. It continues to happen for a certain time, but Shruti can’t maintain the same discipline for a longer time, and finally, she breaks the silence and starts talking to Prajwal. It was like the spark; when Shruti started talking to Prajwal, she couldn’t resist herself falling in love with Prajwal because it’s Prajwal’s mannerism, which mesmerized Shruti completely. His personality is such toxic that anyone can die to see him and talk to him. She lost completely in him, and Prajwal is also lost in her beauty. They both lost in themselves so much that Shruti totally forgets about Shishupal.

They started talking to each other more frequently and started coming to school and leaving school together. Soon they proposed to each other and indulged with each other romantically. When someone sprays aroma oil and fails to hold it or stop spreading, no matter how hard they try. Because anything that comes in contact with air can’t be stopped, similarly the news of Shruti and Prajwal’s togetherness spread in the town as if someone just spread amora oil. Shishupal gets to know about it, and he even got to know that Prajwal and Shruti are romantically indulged with each other. After hearing the details and getting concrete proof of their indulgence, the volcano is slowly getting towards its big eruption. But Shishupal’s wife asked him to hold his nerves and talk to Shruti politely. He listened to her and reprimanded Shruti for not meeting Prajwal. But the fire is ignited a few months back, and now it’s been burning in its higher flame, so separating or ignoring Prajwal is not going to be easy for Shruti. She has gone too far that she can’t step back. She failed even after multiple attempts, then she gathered all her courage and finally confessed to Shishupal that she loves Prajwal and can’t live without him. The volcano finally erupted when Shishupal heard Shruti saying she can’t live without Prajwal. It even hurt his ego that how can a lady says no to him. No from Shruti made Shishupal angry; he started scolding Prajwal using filthy language. Shruti reprimanded him not to use foul language for Prajwal, But Shishupal slapped her so hard that she fell down and lost her consciousness.

When Prajwal was getting ready to go to school the very next day, Shishupal comes there with his goons. He ordered his men to drag Prajwal, Ujjwal and Ujjwal’s wife Sulekha. His men’s immediately dragged all three of them out of their house. He then started bashing Prajwal and Ujjwal, and he asked his men to join him too. They all bashed him so badly that they lost their senses. He then smashes water on their face and asks them to see him making love to Sulekha in front of everyone. One of his men is holding Ankur tightly. Ankur was only 10-year-old by that time; he doesn’t understand what is happening. The only thing he can able to realize that Shishupal is bashing his whole family. Hearing Shishupal, Prajwal and Ujjwal screamed at him. Shishupal stamp them brutally and went ahead to Sulekha. On that day, Shishupal raped Sulekha in front of the entire village and then killed her by biting her body parts. Shishupal didn’t even stop there; after he raped and killed Sulekha, he raped Ankur’s 6-year-old sister, Samiksha, in the open in front of everyone. Both of these incidents traumatized Ankur. These incidents left a deep cut and an unknown fear within Ankur. After this incident, Ankur becomes very silent.

Shishupal then dragged her sister Shruti and showed them the consequence of loving Prajwal. Shruti, Prajwal, and Ujjwal are crying crazily, and Ankur becomes dumb shocked, and he remains that way for some more years. Shishupal is enjoying that Ujjwal, Prajwal and Shruti are crying in front of him. Shishupal enjoyed the whole scene as Suleka and Ankur’s sister are lying naked, and the rest of the family and Shruti are crying in front of him. After seeing this scene for some more time, he felt bored. So he killed the whole family and left. He only left Ankur in their family.

Ankur’s neighbour saw Ankur’s pain, and they called Ankur’s mama Trilochan. Trilochan took Ankur with him, and since that day, Ankur has been bought up by his mama Trilochan. Ankur slowly forgets everything and started living a new life. He becomes a great scholar. He got a scholarship and admitted to Imperial Engineering College.

So, Shishupal’s name has refreshed Ankur’s childhood memory. He felt as if the entire incident, just happened yesterday. But actually, it was ten years before. Bansi also told him, “this is the reason I was ignoring your ask and not interested in sharing the details of Aanchal Mishra. I was present that day, and I still can’t forget how your family suffered and how Kaki and Samiksha were killed brutally.” Hearing Bansi, Ankur started crying profoundly; Bansi consoled him and told him, “the entire village saw the heights of brutality that day Ankur, everyone remembers it. We all are with you. Now his level of torture has increased. He picks up any girls; he wants to fulfil his desire. So the entire village wanted to get rid of him.”

So, now what will Ankur do? Shall he continue to love Aanchal and again see another family getting destroyed, or shall he completely forget Aanchal and live a normal life. Or will he take revenge on Shishupal using Aanchal? To find out more, wait for the next part.